a brief history of knitting needles

Long ago knitting needles were made from whatever material came to hand. Gradually a standard set of sizes was adopted. However, each major country adopted a different system. It made it very difficult to share patterns and get the intended result. Eventually three systems survived: American, UK/Canadian and metric. The UK system, which was also used in Canada is mostly phased out. European and Canadian knitters mostly use the metric system

which size to use?

My patterns will specify metric and American equivalents. However the vintage patterns will frequently use the UK system that was in use when the pattern was printed.

For assistance I’ve supplied a needle comparison chart so that you can make an appropriate selection. I’ve also included the chart in all the vintage pattern pdfs. 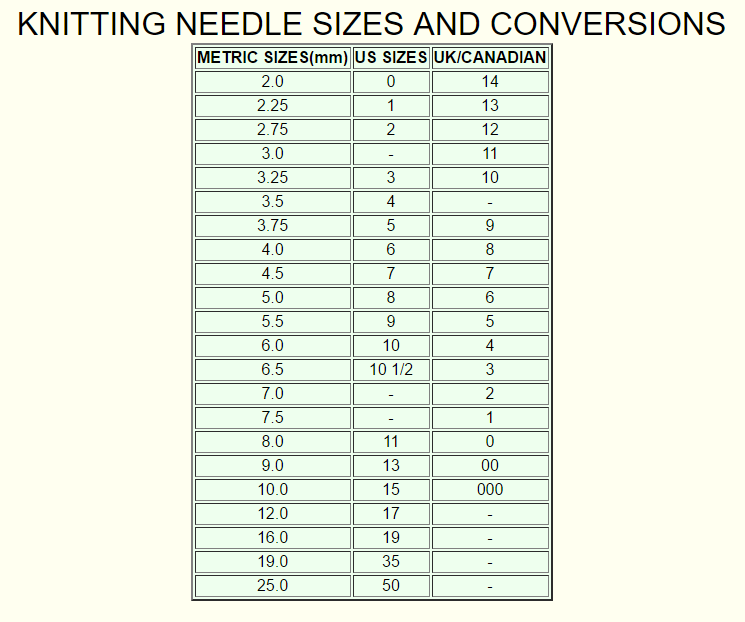